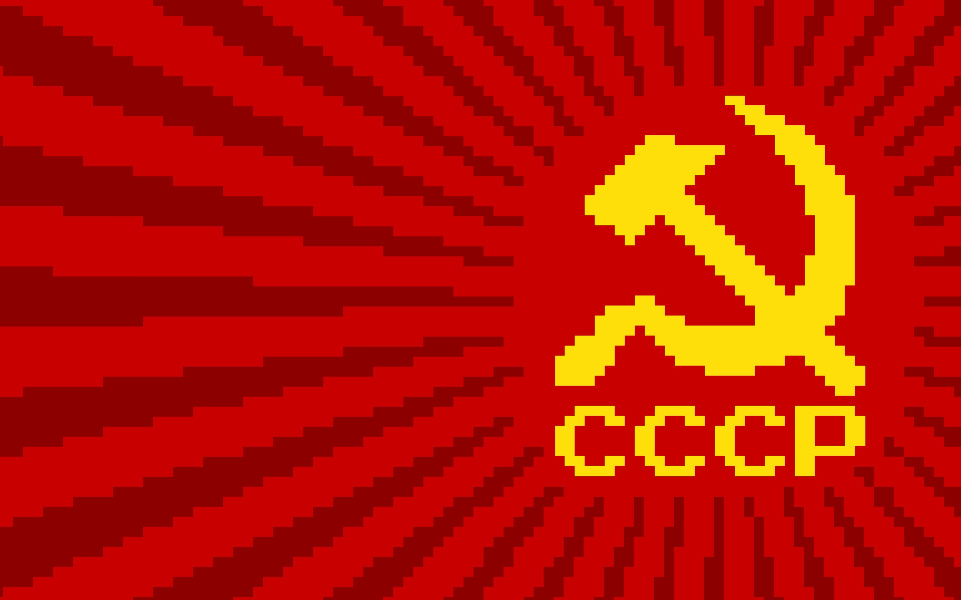 We continue our journey in the world of computer games created on the territory of the former Soviet Union! Unexpected news and long-awaited announcements appear in the computer games industry almost daily, and some news directly changes the policy of publishers and developers.

And it goes without saying that most often something like this happens during international exhibitions! Like E3 (or Electronic Entertainment Expo), one of the largest trade shows in the world.

This year, E3 was held online in mid-June, and many of the news announced during various shows within its framework directly touched upon the topic of “post-Soviet” projects, which we discussed in the previous article. For example, the full-fledged announcement of S.T.A.L.K.E.R. 2!

Last time we talked about the fact that the game was first announced in 2010, and eight years later, in 2018, there was a second announcement, when GSC Game World studio announced the revival of the company and the resumption of the development of the game. And finally, in 2021, it was announced to the world that S.T.A.L.K.E.R. 2 will go on sale on April 28, 2022!

By the way, Sergey Grigorovich from GSC Game World appear in new five minute trailer of the game as well as the city of Chernobyl-2. “Have a good hunt, stalker”, – he says.

S.T.A.L.K.E.R. 2 wasn’t the only post-apocalyptic game to be reminded of at E3. We also remembered about another popular role-playing shooter, Escape from Tarkov from the Russian studio Battlestate Games.

This released on Summer 2017 game is set in the Russia 2028 universe, everything happens in fictional Russian city of Tarkov in the Norvinsk region. According to the plot, one time Tarkov was a zone of economic cooperation between Russia and the European Union, but at the moment where the game brings us, it’s all over. The city’s surroundings are already isolated from the outside world by the UN peacekeeping forces and the Russian Armed Forces, which is the consequences of the political crisis caused by the illegal activities of the transnational corporation TerraGroup.

Escape from Tarkov is a multiplayer game, and it is played very active even in 2021. Which is not surprising, since the full support for the shooter goes on (the last version at the time of publication of this article was released in May 2021). And now fans of the shooter are looking forward for a new location, Streets of Tarkov.

Escape from Tarkov never managed to achieve the phenomenal popularity of S.T.A.L.K.E.R., but nevertheless, the game boasts a stable (and far from the smallest!) audience, and from 2019 to 2021, the Battlestate YouTube channel even aired the Raid TV series based on the game.

By the way, since we mentioned “phenomenal popularity”, it’s time to recall another game that has set many records in terms of the number of players – the tank simulator World of Tanks from the Belarusian studio Wargaming.net.

The concept of the game is based on team tank battles in PVP (player vs player) mode, in which each player controls an armored combat vehicle. The game features five types of vehicles: light, medium and heavy tanks, as well as self-propelled artillery and self-propelled anti-tank artillery. All offered vehicles have their own distinctive features in the gameplay and specially designated roles in combat. The developers themselves position their game as “a massively multiplayer online action game with RPG, shooter and strategy elements”.

It seems that these facts alone indicate that WoT has become one of the most successful projects in the history of the gaming industry over all!

The next project that we in no way can ignore is the role-playing adventure thriller Pathologic, originally released in Russia under the name “Pestilence (Utopia)”. Interestingly, the original Russian name has a play on words: in Russian it sounds like “Mor (Utopia)”, which many associate with Thomas More’s novel “Utopia”, published back in 1516. However, in an interview with PC Games in January 2005, Nikolai Dybowski, one of the game’s developers, unequivocally stated that “the game has nothing to do with Thomas More”, and the play on words in the title is much more of irony.

The original version of Pathologic was created by the Russian studio Ice-Pick Lodge, and its plot reveals the fates of three characters who find themselves in a distant town in the steppe during the height of a terrible epidemic of a deadly infection. Critics several times called the game “an author’s project, inextricably linked with its creators, with the ideas and worldview of the authors embedded in it”, and we are not going to argue with them at all.

In 2005, at the Conference of Computer Game Developers, Pathologic received the “Most Custom Project” award, the game was translated to English, German, Italian, Bulgarian and Czech, and when republished in HD – to Polish as well. And by the way, let’s not pretend that we have an overabundance of unnecessary modesty: General Arcade took part in the work on Pathologic Classic HD, which was released in 2017!

We’d like to mention another Ice-Pick Lodge game, survival horror Knock-Knock. Although this project has never gained much popularity, it is definitely worth remembering.

The thing is that the game was an experiment, and many didn’t appreciate the unusual moves made by authors. The developers were accused of the monotony of the gameplay, the unfinished plot and the lack of a clear explanation of what is happening in the game at all… As a result, many gaming magazines rated Knock-Knock something like 5 out of 10. But the user ratings in total turned out to be much higher, although the game never became a full-fledged hit.

The history related to the development of Knock-Knock deserves special attention. Representatives of Ice-Pick Lodge said that it all started in 2011, when they received a strange letter, where they were invited to make a game based on the submitted materials. A lot of letters like that come to the studio’s mailbox, but it was this particular letter, according to Ice-Pick Lodge, that “somehow attracted their attention”… An archive with excerpts of texts and short audio and video records was attached to it, and the sender asked to finish the started game, using the materials from that archive, “otherwise they will share his fate”.

The scope for development was huge, but the use of the sent files was a prerequisite, “otherwise everything will be in vain”. The author of the mysterious letter did not contact Ice-Pick Lodge again.

Of course, all of this looks like part of an advertising campaign, but this is how “urban legends” are born. And who knows which ones are true?..

Actually, the concept of “nationality” of product created is very often rather vague in the modern world. And some games are really “international”. Just like Spintires: MudRunner, for example. The game was published by French Focus Home Interactive and was developed by American independent company Saber Interactive. But the thing is that Saber Interactive has subsidiary studios in Russia, Spain, Belarus, Sweden and other eight countries! And MudRunner was created in St. Petersburg, Russia – it was made in the same studio that worked on Quake Champions with id Software for several years.

MudRunner is uncompromising off-road racing in which you have to conquer extreme Siberian off-road terrain behind the wheel of a sophisticated vehicles. You’ll be able to try several all-terrain vehicles, completing various tasks in particularly difficult conditions – in the mud, raging rivers and among other obstacles that realistically interact with your SUVs.

The game didn’t receive the highest ratings on Metacritic (about 70 out of 100 on all platforms), but was rated much higher by the players themselves. It is difficult to call MudRunner a worldwide hit that every video game lover immediately recalls, but it is definitely something that every fan of racing games highly appreciated. Which is aided by its non-standard and even, one might even say, uniqueness.

And finally, the last game that we’d like to recall today is the first-person shooter Chasm: The Rift, created by Action Forms Ukrainians back in 1997. The game engine was capable of rendering three-dimensional objects and weather effects, but despite this, the level design remained 2.5-dimensional, since the layout of the locations was flat, when different sectors of the levels could not be located on top of each other. In the best traditions of Doom and Quake, players were invited to take the role of an unnamed Marine and stop the Time Strikers mutants who cherished dreams of taking over the Earth…

The end of the last century was the beginning of the golden age of games of this genre, which was greatly facilitated by id Software with their Quake series, Raven Software with Heretic and Hexen, and finally, Valve with the story of Gordon Freeman’s adventures in Half-Life. So you can say Action Forms “hit the wave”. And it should be noted that they hit it very well – some journalists in all seriousness compared Chasm with the “masters”, and the players themselves also accepted the game favorably.

However, this also played a cruel joke with Action Forms. On the one hand, games of this genre were devilishly in demand, but on the other hand, a huge number of projects eventually died precisely because of ratings like “great game, but not Quake”. So Chasm: The Rift never got the sequel, and the shooter itself, although it was rated positively, faded against the background of admitted international hits…

We still have a lot of stories like these – some develop the games “by the order from the other side”, some create a new genre, and some cannot stay in the genre already popular… And we will definitely share all these stories with you! A bit later.